LET ME HELP YOU 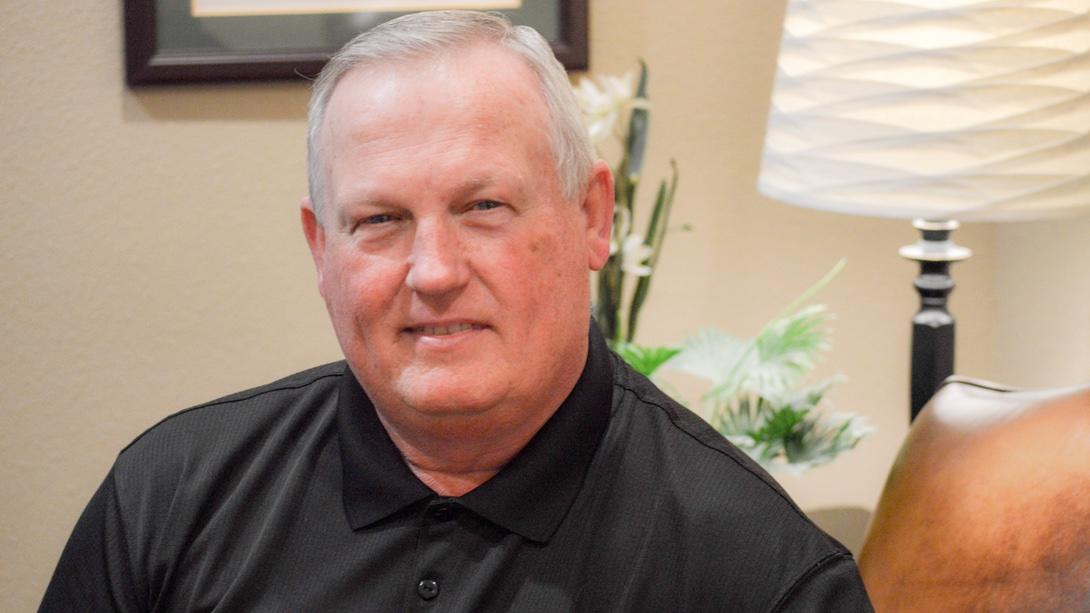 Hello, here's a bit more about me

Ronnie serves a a marriage coach with the Smalley Institute for the Shreveport, LA and Houston, TX locations. Ronnie was trained as an engineer and was successful in his career until the day God called him into ministry. He considers his “call to ministry” as a “progressive call” that occurred over several years as people would come by his office – even while working as an engineer – just to share their problems. As a result, Ronnie was led to pursue additional training in order to accurately apply God’s Word to real life situations.

But it wasn’t until January of 2001 that the full revelation of what God was preparing him for became a reality. It was at that time that his wife was involved in an automobile accident. While she was not hurt physically – she was hurt emotionally. It took 8 months for her symptoms to manifest, which started a 2 year journey of trying to discover the reason behind her unusual symptoms. Ronnie recalls how it was over those 2 years that his relationship with his wife “Jay” almost ended. For the first time in their nearly 25 years of marriage, they began using the “D” word (divorce). Even though Ronnie had served on church staff as an Associate Pastor and Minister of Youth for several years, for the first time they found themselves unable to talk through their growing frustrations without things escalating into a huge fight and leaving them both feeling more hurt and disconnected.

It was through that experience that Ronnie discovered (with the help of Dr. Paul Meier) what he refers to as a “holistic” approach to counseling – recognizing there is a bio-psycho-socio-spiritual dimension to counseling. Ronnie recalls how God used the passage from 1 Corinthians 10:12 “Therefore let him who thinks he stands take heed that he does not fall.” to lead him into helping other hurting couples. He believes many “good” couples can find themselves suddenly facing situations they have never faced before and finding themselves unable to talk through their issues in a healthy manner. Since that time, Ronnie has committed himself to helping couples work through their marital struggles. His strategy is to provide a “safe” environment in which to equip couples in strengthening their communication and conflict resolution skills while providing an atmosphere suited to resolving most marital conflict.

Ronnie is a Licensed Professional Counselor in the State of Louisiana, a National Certified Counselor, a Board Certified Christian Counselor, and a Certified Pastoral Counselor. He holds degrees in engineering, a Master of Divinity, a Master in Marriage and Family Therapy, and a PhD in Psychology and Christian Counseling. He is also a Certified Civil and Family Mediator. He has received training from the Gottman Marital Research Institute and is certified in Emotionally-Focused Couples Therapy.

Ronnie and his wife of 39 years, Jay, live in the northwest Louisiana area. They are blessed to have 3 married daughters and 6 wonderful grandchildren. Ronnie also serves in his local church as a small group facilitator, Bible teacher, and by providing Biblically based Christian counseling services to individuals, pre-marriage couples, married couples, and families.

"This program is wonderful! The processes that my husband and I have learned are life changing! We are going to have a better marriage because of the tools that we have learned. The skills we had were lacking, at best, and we have realized that what we will be applying to our lives will not only effect us, but our children and even their children. I am thrilled to know that we will be able to teach them by being good (better) role models."

"We saw God do amazing things in our two-day intensive. I had all but given up on my marriage. I came out of obligation and had decided I would be done with the mess of a marriage that we had. After 26 years of pain and inability to communicate, after addiction and infidelity. God showed up and healed a shattered relationship and stared us on a new journey. Looking forward to continuing on in therapy. Our coach was such a blessing and made us so comfortable. No words to describe what happened. Thank you!"

"I personally had about given up on our marriage. After years, even decades of different counselors, we were still stuck in unhealthy and destructive cycles. Our coach had the knowledge, style, tools, and care to hear our pain, validate us, and teach us to do that for each other. It was the key for our hearts to soften and opened the door to a healthier and happier future together."

Please fill out this form and one of our Intensive Consultants will get back with you during normal business hours.